The year is off to a good start if this is what we have to greet it. Bruno Mars reworks Finesse – the original being a fave off of his album 24K Magic, which as a whole sounds like it was triple dipped in the goodness that was 90’s RnB – into the perfect nostalgic trip back in time. He throws in a little Cardi B in this outing, even managing to make her make a little more sense than usual (what, exactly, is Bodak Yellow? I feel so old). Giving her her props for making that sassy mid-90’s look pop. Everything about this video is perfect, from the music, to the choreography and the outfits. Doesn’t everyone look cute, happy and innocent? 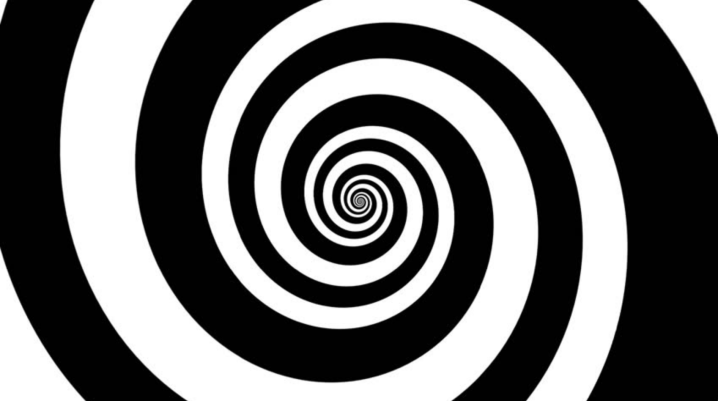 It’s Halloween, and you know what that means. Everyone’s going to be running around in skimpy costumes pretending they’re not dying from exposure because it’s Canada and the temperature just hit the ultra low Cs. Sexy witch for the win! Yay!

There’s no shortage of macabre music videos that will leave you twisted for days – all the gore and cockroaches you could want! But I’m a pop tart and will forever be one, and suddenly posting something from Nine Inch Nails doesn’t quite feel authentic. Ha! Authentic. Like anyone would know. Or care. But anyway.

I wanted to revisit videos that are perfect for Halloween – whether or not they were intended to be – but are still sweet enough to avoid mental anguish. Without further ado, here are three of them (plus an extra one thrown in at the end because I’m nice like that!).

Daft Punk, Around the World

A Halloween party for people on a modest budget and a lot of imagination. It’s got everything. Mummies. Skeletons. Robot people. Synchronized swimmers. Tiny baby heads. All on a constant repeat. It’s hypnotic, weird and could potentially cause nightmares, but that backdrop of lights playing an otherworldly game of Connect Four is fun enough to stop just short of really messing with your head.

Ylvis, The Fox (What Does the Fox Say?)

Let’s all dress up as animal mascots and have some bubbly! The closest I’ll ever come to an acid trip, this is what happens if the Hieros Gamos scene from Eyes Wide Shut is re-enacted somewhere in the Scandinavian woods. By hipster furries. On shrooms.

Backstreet Boys, Everybody (Backstreet’s Back)

You didn’t think I’d let this post go without dropping the world’s biggest boyband and a literal monster mash of a video, did you? Backstreet’s Back, and they’ve got it all – werewolves, mummies, vampires, Jekyll & Hyde and even the Phantom of the Opera. Probably the closest in spirit to Michael Jackson’s Thriller, this is a Halloween Dance Dance Revolution.

The granddaddy of all music videos and the one that jumpstarted the MTV revolution. Wacko Jacko’s oeuvre wins Best Costume, Best Makeup, Best SFX, Best Zombie Dance Moves, Best in Effort, Best Everything, godamnit because just look at this classic. He even got Vincent Price to voiceover. There’s not a single Halloweenish video ever made that’s ever topped this one, before or since. Bad with a capital B, the song itself matches the video, making it the rightful ruler of the Halloween video empire.

I like Charlie Puth. He’s a more palatable version of the Bieber kind. He’s cute, writes good, catchy hooks and sings like an angel. I could, however, do without the perennially wet lips, the poufy hair and the hopelessly derivative music videos. Like this.

Which is a knock off, designer imposter perfume, basic bitch version of this.

To be fair, it’s virtually impossible to outshine a tap dancing Christopher Walken. If you’re going to let go and get spastic all by your lonesome, you’re going to have to let it all out without an ounce of inhibition or a hint of self-awareness. Like Lorde, in pretty much all of her videos.

The official video for my favourite slow jam of the year is out! Versace on the Floor features mood lighting, a crystal grand piano and Zendaya writhing around in primo Versayce. Not what I had in mind as a video concept (mine involved twirling around in a gigantic empty ballroom, chandelier ablaze like an adult version of the Beauty and the Beast scene except she loses the clothing), but eh. It’ll do.

I have to ask. What is the use of paying top dollar for a pricey condo unit if the walls are so thin, the concept of privacy remains a concept?

This at least made sense. It’s clearly a crappy apartment building, if it can’t keep out the rain.

Truth be told, I don’t know my neighbours. Not very well, anyway. I’ve lived in my building for five years, and I only give my neighbours nicknames – the elderly black couple to our right, the girl with the golden retriever two doors down, the new Filipino neighbours with a WiFi connection named “Balay,” and the family with kids who live beside the possibly gay neighbour who, according to Le Hubs, plays Miley Cyrus and has very noisy sex just across the hall.

I suppose it’s a good thing I have pretty busted hearing, because ignorance is sometimes bliss. And I wouldn’t be walking around passive-aggressively catfighting with my neighbours.

Welcome to the animal kingdom. Where art imitates life.

Everyone knows the best way to make a girl fall for you is to stalk her incessantly throughout an entire music video. Four minutes of this, and she’s yours. Forever. Music videos never lie. Not exactly sure why Tara Reid was being so coy here. Soul patch, questionable hair, ripped denim jacket, Ed Hardy trucker hat? Her ovaries should’ve exploded.

Maybe MTV is to blame for my slightly more tolerant acceptance of male heckling. (But MTV taught me that it was normal! Insert sad face.) It happens, and being overly offended by it is a waste of my time. Wasting time is bad. Blatantly ripping off the video that started this all, including extended dance break? Worse.

Sorry Usher. Michael Jackson did it first and did it best in this modern-day feminist’s nightmare. That white cotton sash will live on in infamy, though. This would never fly in 2017, that girl would’ve maced MJ after the first few bars, because progress.

Today in Random YouTube K-hole©: a Bisdak take on Despacito involves chow mein and “bring-house,” Bruno Mars sings a song he wrote for Adele, Adele sings a song Bruno Mars wrote for her (spoiler: it’s the same song) and I run the gamut of emotions within the span of fifteen minutes, because such is life on the internet. I also realize I’ve never heard any of these songs, original or otherwise, before. I’m sensing a theme!  (Theme being: I know, I’m really behind.)

First up is Vic Desucatan serving nonsense in the vein of Luis Fonsi and Daddy Yankee. Trending on my feed because I live under a rock and didn’t realize Despacito is currently the biggest thing since sliced meat, behold Vic’s hilarious ode to feeding his friends till they burst with Bes, Pancit Oh:

That is exactly what Visayans who invite you to their homes for fiestas say. Word for word. Amazing. Standing slow clap, sincere edition.

A quick skim of Vic’s work reveals a fondness for Bruno Mars’ covers, which led me to Bruno himself, channeling all his 90’s balladeer powers with this rendition of Adele’s All I Ask:

What prowess. So much soul for such a little guy – I’m sure the same may have been said about Christina Aguilera – but Bruno keeps it tight, vocal trills at the right moments, nothing too flashy or overdone. His version is a sad ballad on the radio, played at two in the morning when everything is dark and all you can do is revel in the cheesemax.

The comments section yielded the juicy tidbit that Bruno Mars co-wrote All I Ask with Adele (again, I am aware I’m very tardy to this 2016 party, thankyouverymuch) and of course I had to listen to her version, complete with lyrics:

All of a sudden I’m holding myself, ugly crying with the best of them. Not even thirty and capable of destroying your soul with the nuance she brings to a single line. Why hasn’t Adele already been asked to sing live outside an ISIS stronghold, end the war and help us all attain world peace, godamnit?

I now have to peel myself off the floor and go on with my life. That’s it for the first official outing of Random YouTube K-hole. It won’t be long till I go on another one, because that’s what being online is about. Happy weekend!